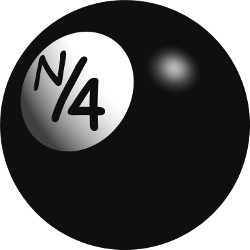 A warm welcome back to all our league members, the 2018-2019 season of the Northern Quarter Pool League is now well underway with three matches already played.

We are pleased to announce the return of the Crown and Anchor to the league this season as the new permanent home of the Oaks team. The next league meeting will take place at the Crown and Anchor this Wednesday. The Wheatsheaf has undergone yet another change of management (or two) since last season, however despite some uncertainty the Trotters team continue to remain resident there. The venue should now be back open as normal for future matches and we wish them the best of luck.

There have been a few team name changes for this season but the line up remains essentially the same. The Burton Arms team step up first with a completely new name, becoming the Snooker Loopys. The Burton Lodgers have dropped their former venue, and the Steven Charles Refugees have also chosen to do the same in shortening their title, each now becoming simply the Lodgers and the Refugees. The Wheatsheaf Oaks have taken on the title of their new home venue, becoming the Crown & Anchor Oaks or just the C&A Oaks for short.

Even with just a few results in so far, the top two teams from last year are both off to a good start, with the C&A Oaks just sneaking in front of the Steven Charles Snooker team on games won.

Good luck to everybody!

Photographs from last season’s presentation evening can be found here.